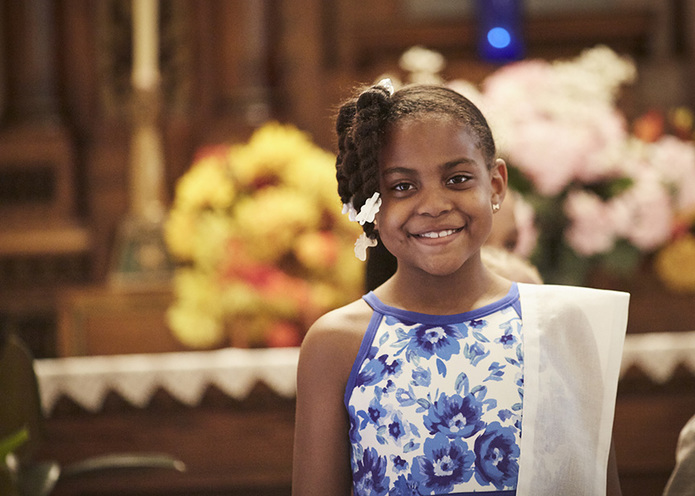 McKenzie had been begging her mom to call the school and make the arrangements. Nine-year old McKenzie couldn’t wait any longer; she wanted to become Catholic. “She has always loved church, the music and the Mass,” says her mother, Makita. In 2016, McKenzie was baptized and received Jesus for the first time in Holy Communion during the closing school Mass, along with eight other school children.

Something special is happening at St. Adalbert Catholic School, an urban school in Cleveland’s Fairfax neighborhood. School Principal, Mr. James Smith, explains how St. Adalbert has become a bridge of faith: “The vast majority of our students are not Catholic, but together with the entire school they attend Mass every Thursday and pray the Divine Mercy Chaplet before and after Mass.”

With the support of the entire staff, more students are becoming full members of the Church through their involvement with the school. “We now have parents considering the faith for themselves, and not only their children,” says Mr. Smith.

At the beginning of each school year, a letter is sent to families inviting them to consider the Catholic faith. “We are purposeful in our communication and presentation of the faith, but the Holy Spirit talks to their hearts,” says Mr. Smith.

“God instilled this faith in her,” says Makita. “She wanted this [to be baptized] so bad. I had to do my part as a parent and help her make it happen.”

“This is what Christ calls us to do,” says Mr. Smith, who sees many good things happening at St. Adalbert School. In addition to increasing enrollment, Mr. Smith believes that people in the neighborhood have taken notice of the diverse Christian community that the school represents. “We’ve made an intentional effort to believe in each other and to come together under Christ.”

"The staff at St. Philip Neri has provided me with lots of options."