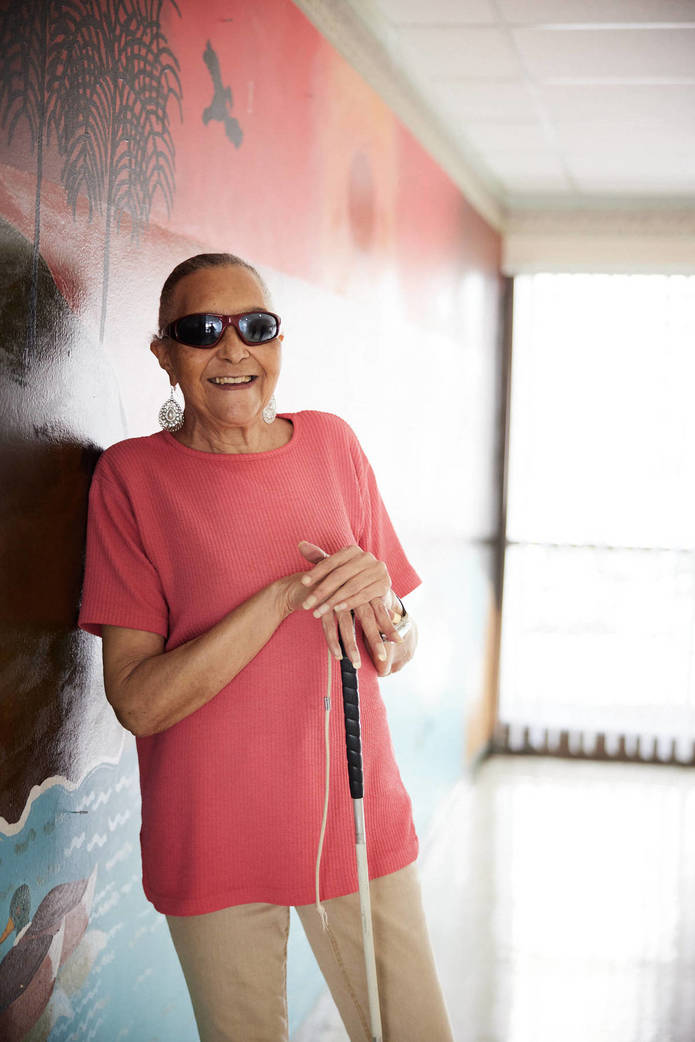 St. Augustine Hunger Center, a Catholic Charities facility in Cleveland’s Tremont neighborhood, has provided essential services to its community for over 50 years now. Never has such a ministry been so vital than during a pandemic when many people have lost their usual way of providing food for themselves.

In normal times, the Hunger Center would serve about 300 meals per day in a traditional sit-down style soup kitchen, but at the beginning of the pandemic, the center began serving 200 to-go trays and 300 delivery meals per day, according to Eric Milkie, Catholic Charities site director.

Pat Feels Blessed by A Faith Community She Knows Well

One person who began receiving meals during the pandemic is Pat Field, a parishioner of St. Augustine since 1993 and president of the Blind Association at the church.

Pat, who typically has her son grocery shop for her, began receiving deliveries from the Hunger Center on her pastor’s recommendations after hurting her back around Easter.

“My son does my shopping for me, and they had for the quarantine in the building where nobody could come up, no visitors or anything,” Pat says. “So he had all this shopping, and he brought it into the building and put it into the elevator. I had to drag it out and drag it to my apartment—and that’s how I hurt my back.”

While now receiving deliveries from the Hunger Center, Pat speaks highly about the meals and the workers. Speaking about one of the workers who delivers her meals, Pat praised, “The meals are good—and one thing about it is Doug, who delivers my meals. Since I am blind, he tells me exactly what I have.”

Pat has meals delivered to her apartment seven days a week, two meals per day, which include a vegetable, a salad, meat, a starch, and bread. By receiving these deliveries, she does not have to cook and saves money from not having to venture to the grocery store and shop for every meal.

As a parishioner, Pat has always been aware of the good the Hunger Center does for the community, even before she began receiving meals, and is grateful for the close community at St. Augustine.

“We are a very close community down there, St. Augustine is, even with the 5:30 mass people, we are very close. It’s like family,” Pat says. “What I like about the workers down there is that they treat you with respect, and that is very important. They treat everybody with respect.”

"The mentoring improved my social skills and relationships. It’s easier to talk to people and I’m more compassionate. I’d like to be a mentor myself someday."