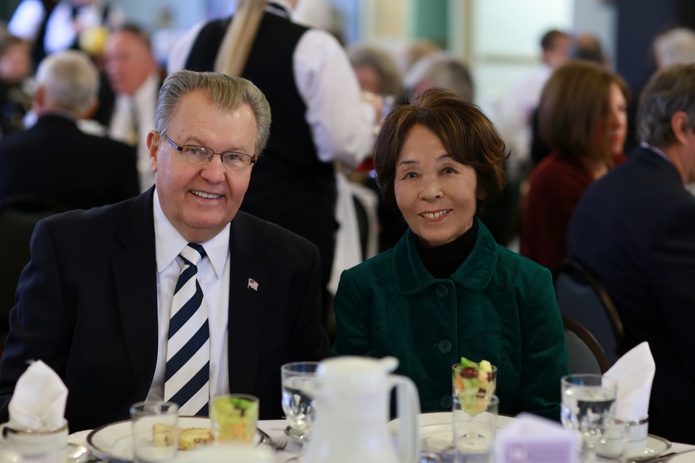 “When I first became involved in my business, I saw that there were opportunities to give back. My wife and I believe very strongly that you can’t outgive the Lord – He doesn’t add your blessings, He multiplies. Even though we had been aware of Catholic Charities for many years through our parish, we never really realized the impact they had until I began serving on the board of the Catholic Community Foundation. I was absolutely astounded at the impact that Catholic Charities has throughout the region, the range of their services, and the fact that they are one of the largest Catholic Charities organizations in the United States; even larger than New York or Chicago.

“We have had the opportunity to not only hear about their programs, but to visit Catholic Charities sites and witness firsthand the people who have been positively affected by the work of Catholic Charities. We are very pleased to be a part of an organization that serves so many people, regardless of religion. The Annual Appeal is a great way to serve a wide scope of areas; by contributing to one organization, Catholic Charities, funds are disbursed throughout Northeast Ohio.”

Phil Maynard and his wife, Tomiko are members of Nativity of the Lord Jesus Christ Church in Uniontown, where Phil serves on the Parish Finance Council, and as a Lector and Eucharistic Minister. He is a Catholic Community Foundation Board member. Phil is Chairman and CEO of ASW Properties, one of the largest privately held companies in Akron, and has devoted his time and resources to philanthropic efforts, mainly in Northeast Ohio, that focus on children, education and the poor.

"The staff at St. Philip Neri has provided me with lots of options."