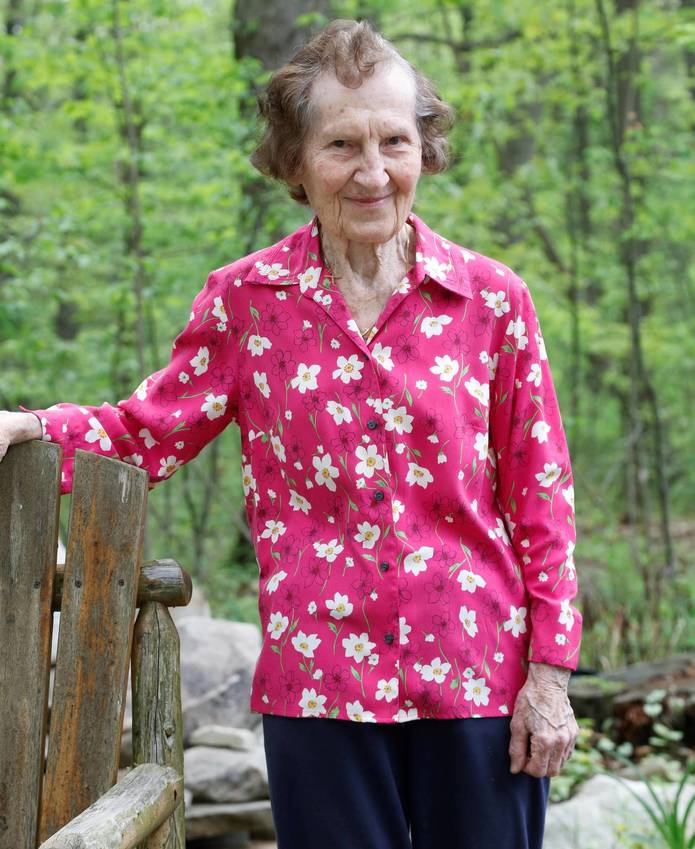 Sophie Kosem, a member of St. Mary Parish in Collinwood, has been extraordinarily generous to the Diocese of Cleveland. Both she and her brother, Fr. Frank Kosem, are members of the Heritage Society, having made provisions for the Church in their wills. In 2018, Sophie established a Donor Advised Fund with the Catholic Community Foundation and named Fr. Frank and their nephew, Tom Celestina, as successor advisors. This past year, Sophie made a generous pledge to the Heart of the Shepherd campaign with a gift that honors her family, her faith, and support for the priesthood.

On May 6, Sophie called her brother, Fr. Frank Kosem, with a question, “Do you know what today is?” She continued, “It is the 75th anniversary of when our family left Slovenia.” Frank had no memory of the event since he was just eight months old at that time. Sophie, who was 17-years old, remembers the day well. That afternoon, she had been planting beans with her mother in the family garden. That night, the family would leave their homeland in darkness – a life or death decision as they feared wartime persecution. The family walked on foot to Austria, where they lived in an open field for six weeks. Eventually, Sophie, her mother and father, and five of her six siblings moved to a camp for displaced persons. After living there for more than three years, the family immigrated to America.

In a book that compiles the memories of the Kosem family children, Sophie writes: “God has called each one of us to existence for a purpose. I have to complete the ministry God has given me for my life.”

During her 92-years, Sophie has been fulfilling her purpose, which she defines: “What can I do for my neighbor? Our purpose is to get closer to God; and, we are not complete until we close our eyes.”

Sophie’s life of faith and family was nurtured at home amidst the turmoil of war and relocation by loving parents and a strong Slovenian community. She worked as a nurse until she retired at age 90, spending most of those years as a school nurse for the Cleveland Board of Education.

Sophie’s life of service rarely slows down. She volunteers to visit people in hospice, sponsors seminarians in Slovenia, and with her sister Mari, has supported Catholic missions to aid Slovenian priests and nuns. Her nephew, Tom Celestina, who is employed by the U.S. State Department and served for three years at the embassy in Slovenia, sees the passing of Catholic and Slovenian values from one generation to the next. “I have 19 nieces and nephews, who are all connected to their Catholic faith. They are involved in their churches including St. Mary and St. Vitus in Cleveland.”

Fr. Frank Kosem, who is celebrating 50 years as a priest, marvels at Sophie’s legacy: “Throughout her life, Sophie has been extraordinarily generous in support of her religious faith and values, to the Slovenian community in Collinwood, to the priesthood, and to her family.”

"The Catholic Community Foundation helped us to grow in our understanding in the community. So much good can happen through opportunities for volunteerism and support."