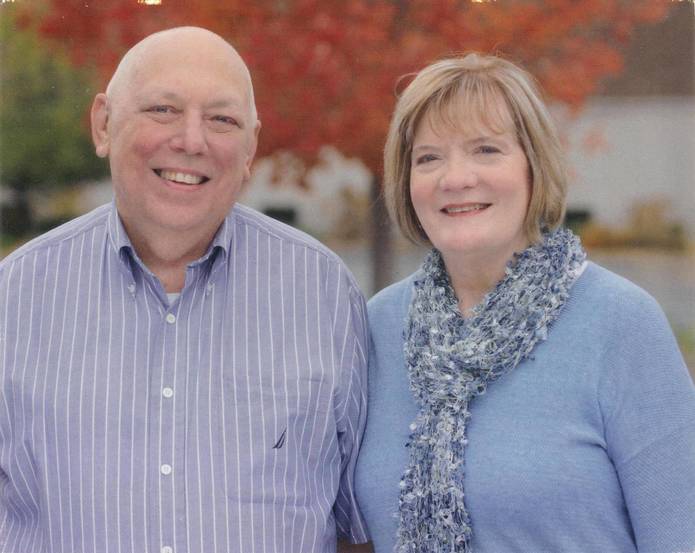 Tom and Janet Sadowski have been parishioners at St. Bede the Venerable Parish in Mentor nearly the entirety of their 50+ years of marriage. They can’t remember a time when they didn’t hear about Catholic Charities while in the parish pews.

“The needs are great, nearly insurmountable,” says Tom. “But we are called by God to aid our brothers and sisters. We are called by Christ to be a blessing, to take care of people, to clothe the naked, feed the hungry, and visit the sick. Sometimes we can’t do the job ourselves, but we can support the people who make it their vocation.”

“Catholic Charities is very generous and responsive with their resources. The more I hear, the more I want to support their work,” says Janet. “Hearing someone say that they couldn’t have survived without Catholic Charities, that is powerful. Not only does Catholic Charities meet the physical needs of people, but there is also a spiritual aspect to their help, which is really important.”

Tom adds, “Donations to Catholic Charities are not wasted; they are managed well to provide legitimate support for people. The staff is not just doing a job. They are concerned and caring as they help people try to get out of awful situations.”

Both Tom and Janet believe their parents and grandparents helped to pass down a spirit of generosity. “My dad, in particular, cautioned me to be careful who you give your money to. Make sure it is for a good cause,” says Tom.

"The Catholic Community Foundation helped us to grow in our understanding in the community. So much good can happen through opportunities for volunteerism and support."