The St. John the Evangelist Leadership Guild met for their first event of... more

Thank You For Loving Your Neighbor: 2021 Catholic Charities Annual Appeal

Love Your Neighbor Who Is Hungry: 2021 Catholic Charities Annual Appeal

Love your neighbor who is hungry. See how your support of Catholic Charities... more

Love Your Neighbor Who Is Isolated: 2021 Catholic Charities Annual Appeal

Love your neighbor who is isolated and longs for community. See how your... more

Love Your Neighbor Who Is Eager To Learn: 2021 Catholic Charities Annual Appeal

Love your neighbor who is eager to learn. See how your support of... more

Love your neighbor who needs companionship. See how your support of Catholic Charities... more

Bishop Malesic offers his thoughts on what it means to Love Your Neighbor,... more

Coach Stefanski speaks about his Catholic faith and encourages participation in #weGiveCatholic 2020. more

2016 Annual Appeal Continues with $100,000 Challenge Grant to Benefit Rose-Mary Homes for the Future

The Catholic Charities 2016 Annual Appeal, the most significant annual fundraising effort in the Diocese of Cleveland, will hold a follow up In-Pew Appeal on the weekend of May 21st and 22nd in all parishes throughout the Diocese. A $100,000 Challenge Grant has been offered to match all new, increased and additional Annual Appeal gifts received in the second In-Pew envelopes distributed at Masses, or online at www.CatholicCommunity.org/Challenge.

This year’s second In-Pew Appeal invites Catholics to become partners in the transformation of one of Catholic Charities’ most vital programs and services for children and young adults with developmental disabilities. Rose-Mary has been offering residential care and compassion to those with disabilities for almost 100 years from their facility in Euclid, Ohio. The Appeal will support Rose-Mary’s Homes for the Future, A Community Integration Project, which will close the doors on insitututional care and move all residing children and young adults into seven state-of-the-art community homes, the first of which has opened its doors in Richmond Heights. All dollars raised through this weekend’s In-Pew Appeal will benefit Rose-Mary’s ongoing project in providing for the construction and renovation of these seven group homes.

The 2016 Catholic Charities Annual Appeal has currently raised over $9.5 million and is on track to exceed its goal of $11.5 million. The Annual Appeal raises funds to support one of the largest health and human services organization in the U.S. – one that directly benefits the people of Northeast Ohio. The Most Reverand Richard Lennon, Bishop, Diocese of Cleveland, states, “Last year, the Catholic Charities Annual Appeal raised over $12 million in pledges, a record number and one that reflects the ever-growing amount that is needed to ensure that the poor, the disabled, older adults and families will benefit from Catholic Charities services and programs.” 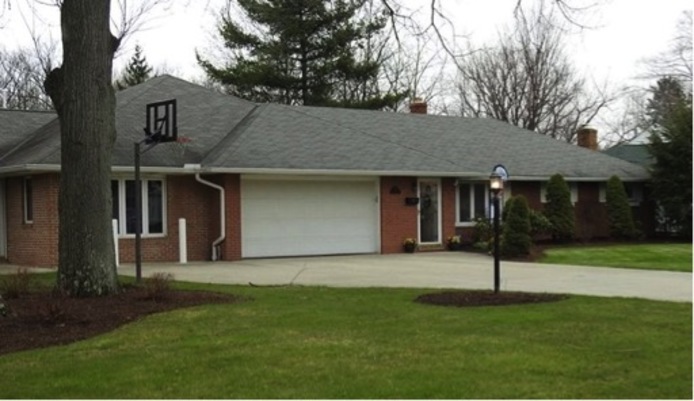 The first Rose-Mary Homes for Our Future Open House was held on Friday, April 8 at this location on Cary Jay Blvd. in Richmond Heights.

The Catholic Community Foundation is dedicated to enriching lives by encouraging faithful philanthropy. The Foundation supports the mission of the Diocese of Cleveland to provide for the spiritual, educational and charitable needs of people throughout Northeast Ohio. Since its inception in 2000, the Foundation has raised more than $220 million to support Catholic Charities, Catholic Education, Priestly Formation, and other ministries in the Diocese of Cleveland.