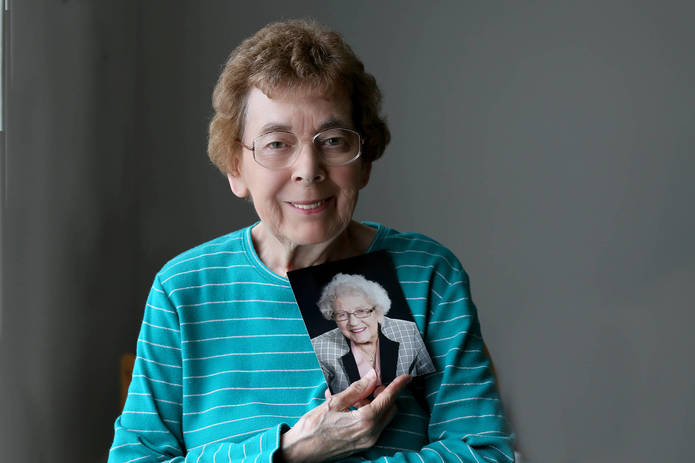 Anne Kohler became a member of the Heritage Society so she could create a legacy through a gift from her estate to Catholic Charities. “I always felt a link with Catholic Charities,” she says. “I pledge every year, and I like to give back because the Church helped my mom and helped me to get adopted.”

Anne is very matter-of-fact about the life-changing events that have occurred over the last couple of decades. In 1997, after her adopted parents died, Anne decided to try to find her birth mother. She traveled from Cleveland to Minnesota, where Anne found copies of her adoption papers and learned that her biological mother was now living in Washington State. She eventually made her way west and met the woman who had given her up for adoption more than a halfcentury earlier.

Anne’s mother gave birth to her at the Catholic Home for Unwed Mothers in St. Paul, Minnesota, where Anne likely spent the first several months of her life before she was adopted by a family that would eventually settle in Cleveland. As for Anne’s mom, she would later marry and have more children. “I have five half-sisters and three half-brothers,” Anne says. At first, her birth mother didn’t want the other children to know that Anne was their half-sister, but eventually, she came around. “They wish, and I wish we’d met sooner, but it’s nice to know they’re there,” Anne says.

A retired teacher, Anne made a few trips to Washington over the next several years to visit her birth mother. The last time was the summer of 2018, and Anne could tell her mother was weakening. She died this past December at the age of 97; Anne attended the funeral, which was held in St. Paul.

Anne recalls fondly that her biological mother was prayerful and took the ups and downs in her life in stride. Although they didn’t meet for more than five decades, mother and daughter shared a strong dedication to the Catholic faith. Learning about her past has helped Anne to draw an even stronger bond with her faith. When she isn’t singing in the choir at her home parish of St. Justin Martyr in Eastlake, Anne can be found volunteering in the gift shop at a local hospital.

"The staff [at Catholic Charities] would not go home until they found me a place to sleep. They never gave up on me and never looked down on me."