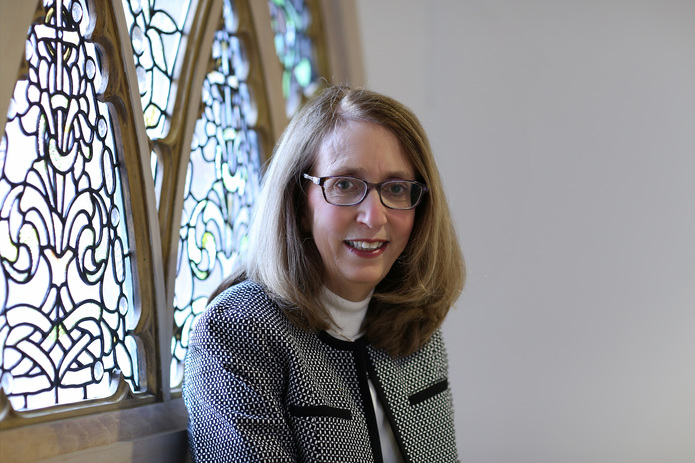 Rich and Joan Marsh were college sweethearts, who met at Kent State and married soon after. When Joan was eight months pregnant with their first child, she was in a severe car accident that took the life of the baby and left her with months of hospitalization and rehab. “After the accident, I started going to church with Rich,” says Joan, who entered into Rite of Christian Initiation (RCIA), and with Rich became active members in their parish of St. Philip and James in Canal Fulton, later at St. Hilary Parish, Fairlawn, and then at St. Victor Parish in Richfield.

In November 2016, Richard Marsh was posthumously awarded the Archbishop Edward F. Hoban Award for his distinguished service to the Diocese of Cleveland. The award, presented at the Diocesan Deo Gratias event, recognized Rich’s remarkable faith and inspiring stewardship. When Rich passed in March 2016, he was acting Chair of the Catholic Community Foundation and Chair of the Diocesan Finance Council. Rich was retired as Chief Financial Officer at FirstEnergy Corp and was devoted to his local community, serving on area boards and committees, including Summa Health System Foundation, SislerMcFawn Foundation, United Disability Services, Greenleaf Family Services, and United Way.

Joan remembers her husband as someone who, “despite the fact that he was working, was devoted to helping people in the areas of his life that he enjoyed the most. He wanted to make a difference.”

Joan, with the help of her daughters Liz and Kathleen, is working to continue Rich’s legacy of giving. Beginning in the fall of 2017, business students at Kent State will benefit from the Richard H. Marsh Medallion Scholarship. Joan also supports several Diocesan ministries that Rich was devoted to, including Catholic Charities and Catholic Education.

“Rich gave beyond his share,” reflects Joan. “Now I am trying to do my share, and I hope that I can do something that will help others.”