Her best friend was her father. Raechelle Yballe loved spending time with him. He taught her how to play golf and tennis—sports she still enjoys today. He took her on car rides through the Chagrin Valley while recording conversations in hopes of inspiration that would cure his temporary writer's block. Tragically, an accident in the Philippines ended Leo Yballe's life, but not the wonderful memories that Raechelle had gathered over their 33 years together.

To honor her father, Raechelle established a Donor-Advised Fund through the Catholic Community Foundation (CCF). "My dad and I were best friends, and I wanted to remember him in a special way," says Raechelle. "He is actually buried in the Philippines, as we still have family there, but I wanted to do something closer to home for me to remember him by."

A friend recommended that she look at community donor-directed funds, which would allow her to help specific programs and people in the community. The memory of her dad, who had been a seminarian when he was young and held a deep appreciation for Catholic education, steered Raechelle in setting up a named fund through the CCF. The Leodones Yballe Memorial Fund was established to benefit Catholic schools in the Diocese of Cleveland as well as the Asian community.

"I come from a very Catholic Philippine family," says Raechelle. "I felt that creating the memorial fund at the Diocese of Cleveland was the right thing to do. The purpose and mission of the Diocese are something that I espouse and wanted to do with the fund itself."

Is there someone that you would like to honor with a Donor-Advised Fund? Contact us to explore this possibility. 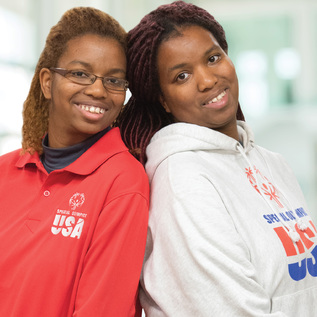 "God sends us down here for a reason...Maybe it's to preserve our world and fill it with love and inclusion and unity."