The Red Mass has a long history. It is thought to have originated in the Cathedral of Paris in 1245 to invoke the guidance of the Holy Spirit on the judges of the Ecclesiastical Courts. The name "Red Mass" refers to the red robes worn by the judges and the red vestments worn by the priests, since red is the liturgical color associated with the Holy Spirit. They are still worn today. The Red Mass was introduced into the United States in 1928 at St. Andrew's Church in the shadows of the federal, state and municipal court buildings near Foley Square in New York City. 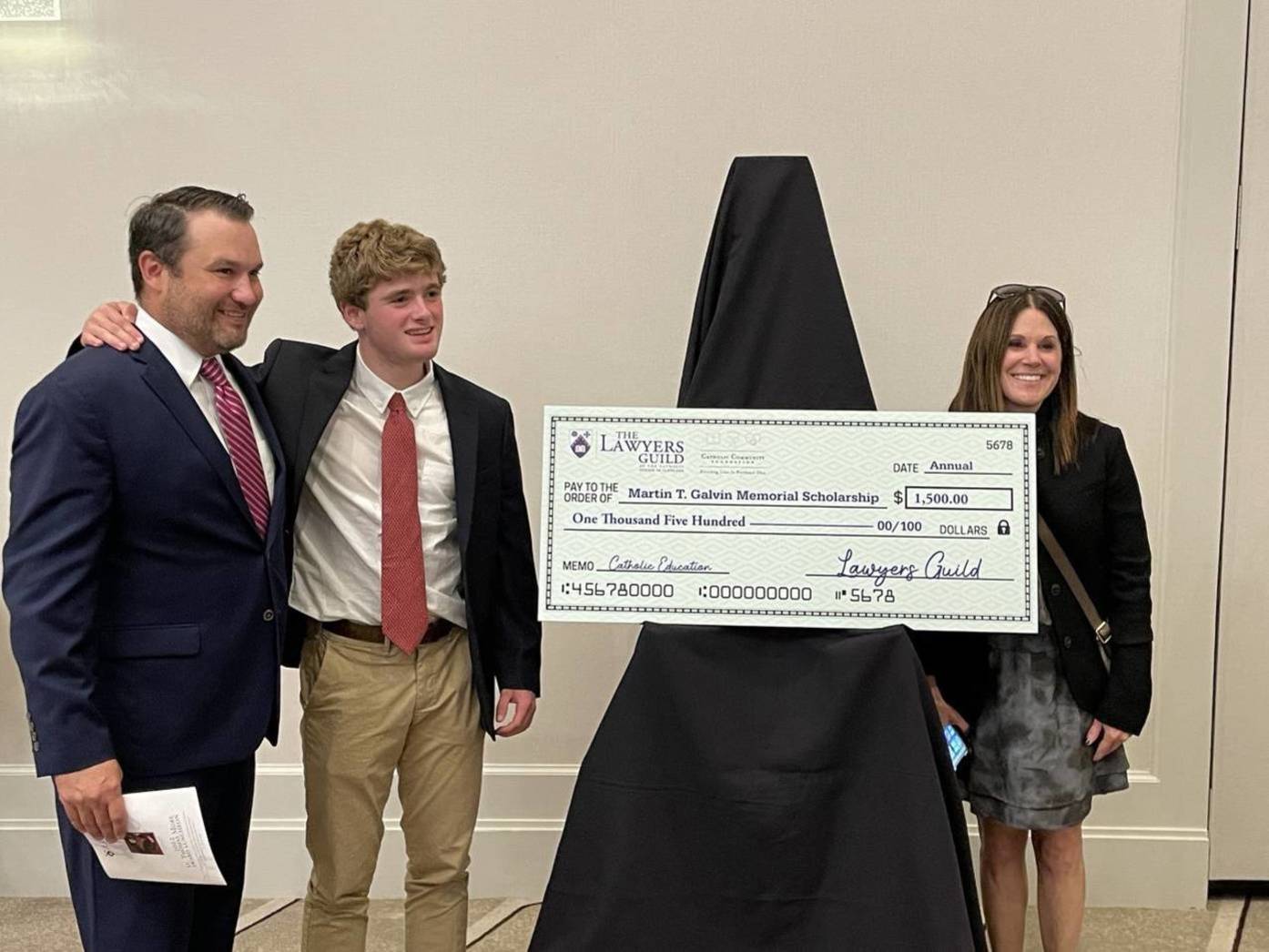 THE 2023 GALVIN SCHOLARSHIP PROCESS WILL BEGIN IN JANUARY. Applications are due annually on March 15. Current high school students may also access the application through their Digital Academy. If you have any questions regarding the Martin T. Galvin Memorial Scholarship, please contact Jean Ann Montagna by email or call 216-696-6525 x8070.

The Martin T. Galvin Memorial Scholarship is an annual scholarship awarded to a student attending a Catholic high school within the Diocese of Cleveland, and who has a family member who is a member of the Catholic Lawyers Guild or an attorney practicing law in Northeast Ohio.

Marty was a past president of the Lawyers’ Guild of the Catholic Diocese of Cleveland and an active member of the Irish American Law Society of Cleveland. He joined Reminger in 2001, focusing his legal practice on appellate advocacy, professional liability, and business and employment litigation. He served as Co-Chair of Reminger’s Appellate Practice Group and received multiple honors throughout his career.

Although Marty had many impressive and significant accomplishments, the most important one to him was his family. He is survived by his wife, Tracy, and his two children, Fiona and Tommy.

The Lawyers Guild presented the 2022 St. Thomas More Award to Richard Knoth partner at BakerHostetler at the Red Mass luncheon in downtown Cleveland. Dick Knoth accepted the St. Thomas More Award on behalf of those who allow and inspire him to do what he does. He lives his faith through serving on many non-profit boards, parish ministries and mission trips to El Salvador.

St. Thomas More (1478-1535) was an English statesman who served as Chancellor under the reign of Henry VIII. More opposed the King’s attempt to divorce his wife and refused to renounce the authority of the Pope. For that he was beheaded. In 1935, Sir Thomas More was canonized by the Roman Catholic Church and is considered the patron saint of lawyers. The St. Thomas More Award is named in honor of this Catholic statesman who served with integrity and held on to his values in spite of fierce resistance. 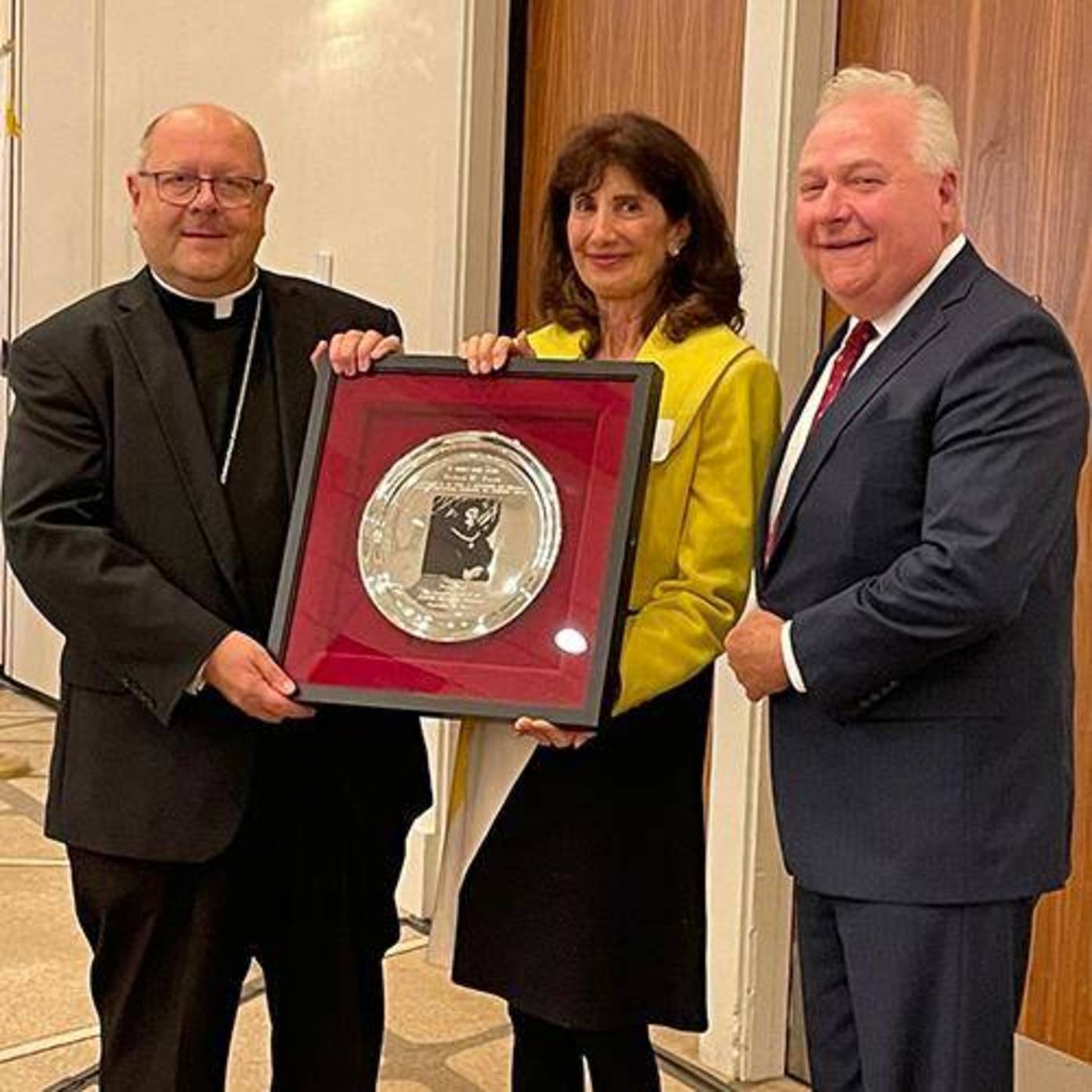 The Lawyers Guild presented the 2022 Special Recognition Award to the members of the St. Ignatius High School St. Benedict Joseph Labre Ministry to the Homeless. 20 years and 1,000 consecutive weeks of service has established this ministry with a wealth of history and a model of ministering to the homeless for other schools and colleges.

Directory of Attorneys by Area of Practice

Donate to the 2023 Catholic Charities Appeal

A Time to Heal. A Time to Help. Your gift will make an immediate impact for people in our Northeast Ohio community.